John Rutter (1945 – ) is an English composer whose works are mainly choral. The Requiem is one of his most popular sacred works and has been performed regularly since its premiere in October 1985 at Lovers’ Lane United Methodist Church, Dallas, Texas. Movements 1, 2, 4 & 7 had been performed earlier in March of the same year in California. Rutter personally conducted both performances.

Requiem is scored for a small orchestra without an organ and also in a chamber ensemble version with an organ – this latter version is being performed by our choral society. The music is scored for soprano solo, SATB choir, organ, flute, oboe, timpani, glockenspiel, harp and cello.

Blind from infancy, Jean Langlais (1907-91) spent a large part of his musical career an organist at the Basilique Saint-Clotilde in Paris where he composed many masses and an extensive repertoire of organ music, some based on Gregorian themes.

The ‘Missa in Simplicitate’ is that very rare thing, a Mass for SATB choir in unison with organ (or harmonium) accompaniment. He uses a free-tonal style which is, in turn, both accessible and searching.

Langlais toured the world as a recital organist and had much success in the United Kingdom. He was so impressed by the organ at Worcester Cathedral that he wrote a mass for the Three Choirs’ Festival in 1991. The Missa in Simplicitate is in 5 movements: Kyrie, Gloria, Credo, Sanctus et Benedictus and Agnus Dei.

This will be a rare chance to hear this ethereal piece of French twentieth-century music. 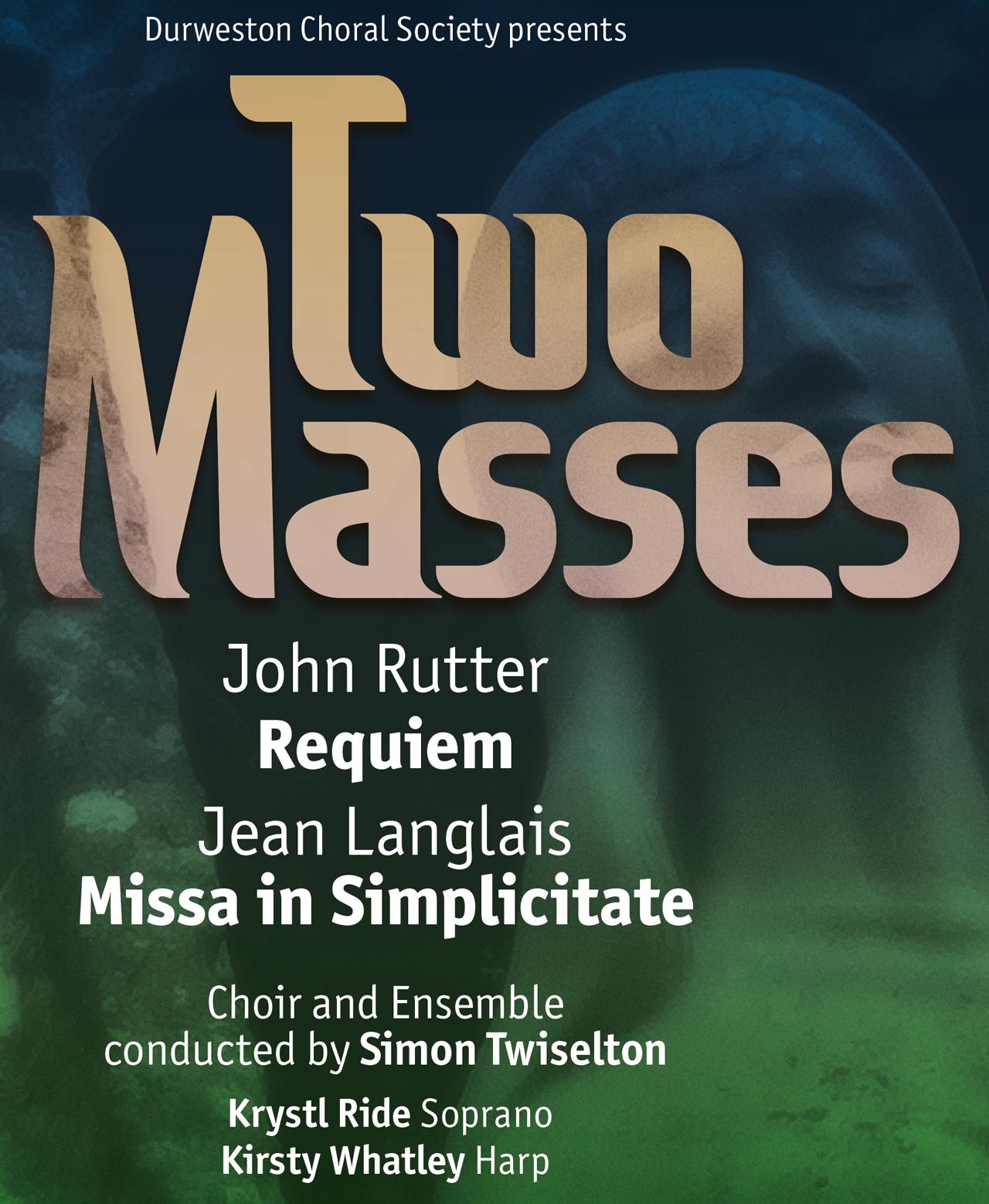